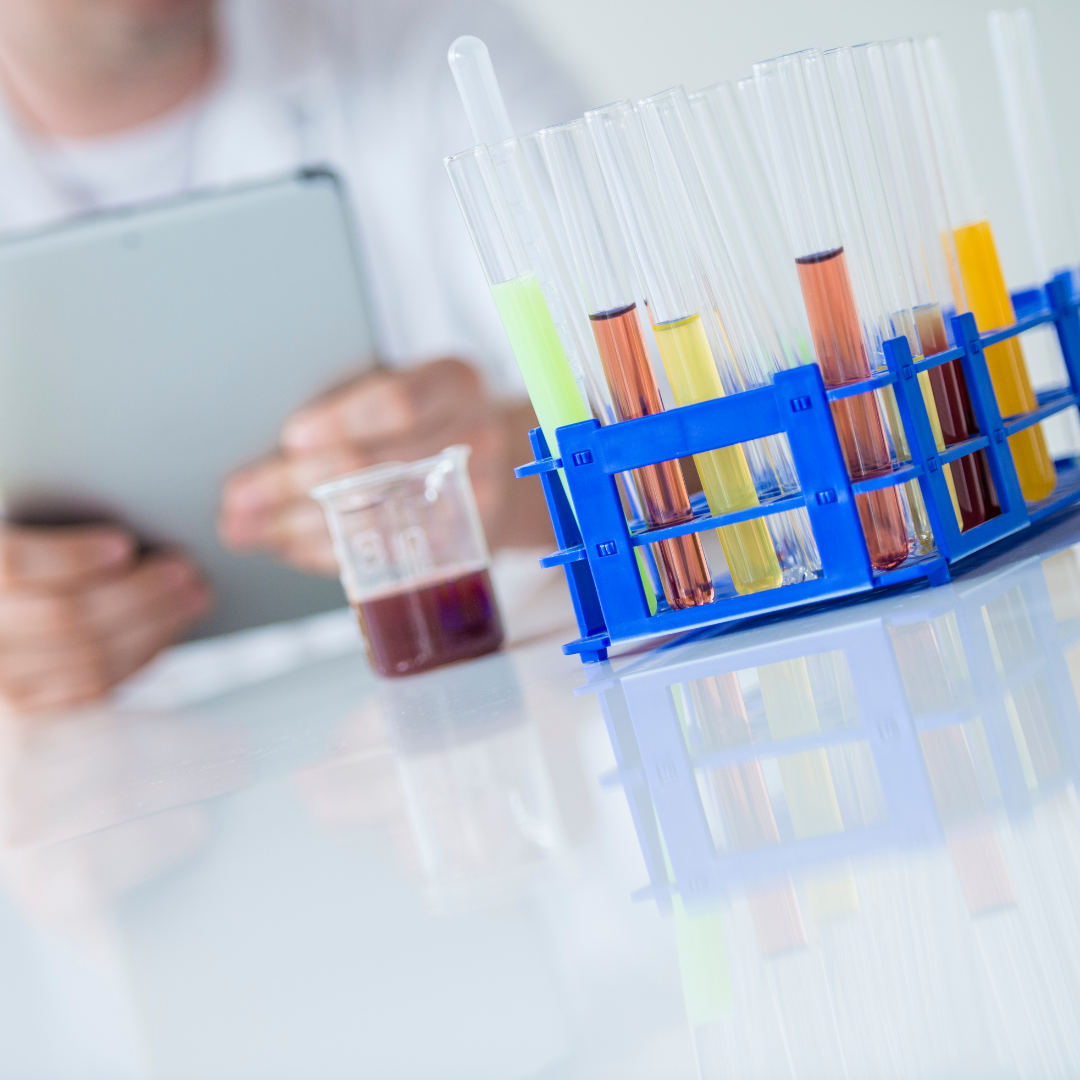 Let me share a little secret with you. When I was a kid, I used to believe science and technology were essentially the same things!

The term science can be simply described as a method of understanding the natural world around us through a systematic process. The scientific method’s objective is to eventually find the ‘truth’ about natural phenomena and create a knowledge base to solve problems and develop human skills and new technological possibilities.

A scientist performs in-depth scientific research for collecting data and building a theory on a particular natural world incidence. The scientific method then requires experimenting on the theory and proving it as a ‘fact.’

This way, scientific questions like ‘why cancer cells grow in our body’ or ‘how can we reach the moon’ can be answered accurately.

Technology is the systemic approach of using scientific discovery to create products and machinery for practical uses. Technology sums up the tools, systems, and techniques needed to make our everyday life easier. For example software such as rostering software australia and healthcare monitoring systems are arguably useful technologies that have been developed to make tasks easier for everyone involved in the healthcare process.

An engineer uses scientific knowledge as a direct source to create devices and formulate more efficient strategies to boost medical, social, and industrial practices. While science answers the questions about reaching the moon, technology has made it possible to land humans on the moon’s surface physically.

How Are Science and Technology Different?

The relation between science and technology is undoubtedly very close. But they are two different things, and it’s essential to differentiate science from technology accurately. Here are four fundamental ways in which the two terms can be distinguished.

The objective of science is to explain how the world works. On the other hand, the goal of technology is to use science for designing and creating objects that meet our everyday needs.

The scientific method refers to the process of making observations, raising a question, forming a hypothesis about why something occurs, and conducting experiments to assess the predictions. If the experiments don’t prove the hypothesis, you must repeat the same process following the same steps.

As for technology, there is no place for hypotheses or unproven theories. Designers and engineers rely on scientifically proven facts to create a tool. They have to make sure the newly engineered tool works perfectly before making them public.

The result of a scientific method is the publication of the established law explaining a natural phenomenon that no one knew earlier. This law or theory can be later used for technological inventions.

The key difference between science and technology lies in their respective impacts. As the motive of science is to find ‘truth,’ the social and environmental impacts of science are always positive.

From the very definition, you can easily make up the relationship between science and technology. Here’s an in-depth discussion on how intricately science, technology, and our lives are connected. 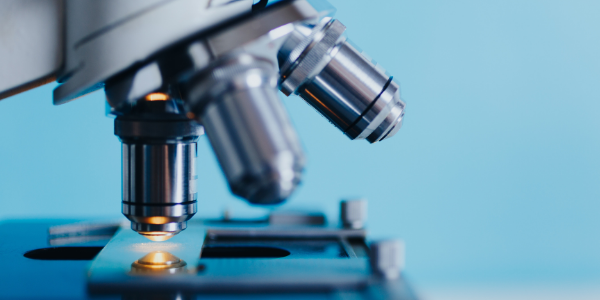 How Science Contributes To Technology

As we mentioned earlier, science is the direct source of technology. The resources needed for branches like chemical and medical technology, nuclear technology, biotechnology come from scientific analytical methods. Let’s explore how science contributes as a fertile source for the development of new technologies.

As A Source Of Medical Technology

When it comes to the medical sector, scientific knowledge and technology are highly interdependent. Scientists have created a huge knowledge base that directly leads to the innovation of new technologies.

For example, the scientific discovery of X-Ray and Nuclear Magnetic Resonance, a.k.a. NMR, has assisted in creating devices like C-Arm X-Ray machines (medical professionals can find C-Arm Rentals on different sites online, should they wish to). These machines can provide a clear image of the patient’s body which can easily solve fractures and other orthopedic issues.

Talking of fatal diseases, did you know researchers of Harvard have shown that we will probably be able to develop cancer vaccines? The invention of immunotherapy has set its way to change the medical world forever.

Scientists have found the answers to difficult scientific questions like how to alter human DNA. Using this knowledge base, technology has been used to find ways of producing engineered T-cells.

We are slowly transitioning into a new curable world rapidly, and this goes beyond saying that science, technology, and medical researchers hold equal importance in this development of our medical sectors.

As The Source Of Techniques And Devices For Engineering Design

Engineering design technology is one branch where you might think the contribution of science isn’t much needed. I mean, where is the connection between the study of natural phenomena and machine designing, right?

You’ll be amazed to discover how the whole designing process is becoming more and more reliant on science.

As we all know, testing and evaluating a complex prototype requires a sky-high budget. Engineers have shifted to a theoretical approach for more efficient engineering design. Instead of complete empirical testing of a large system, they opted for hypothetical prediction, designing, and simulation.

As the engineers had to apply science to establish techniques and design tools, phenomenological understanding, systematic process, and scientific methodology have become increasingly important.

On top of that, the comparative evaluation of various designs and technical knowledge of designing is recognized as engineering science.

In short, under the label of ‘engineering design technology, the primary knowledge and motivation is nothing but pure science.

The Founding Source Of Farming Technology

Let’s go back to the 18th century. This was when we humans learned to apply science for farming and discovered a deeper connection between science and technology.

Scientific techniques like Norfolk’s four-course crop rotation and two-field crop rotation boosted an agricultural revolution by aiding humans to grow crops rapidly and stock livelihood. This had wider social and environmental impacts, which eventually led to the industrial revolution in Britain.

From the invention of the steam engine to the development of Agrotechnology, we have come a long way. With the sheer knowledge of science, genetically engineered crop variations have been developed for better crop yields throughout the year. There is also now new and updated farming equipment from companies like https://www.costex.com/, as well as others, that can be applied to farming techniques that can provide the best outcomes for these seasons.

As A Source of Laboratory Techniques and Research Instrumentation

Often many scientific research and experiments are left incomplete due to unavailable instrumentation, lack of validity, or other resources. Technology paves the way for the valid parts of these researches to be used in human welfare. For instance, in pharmaceutical science, machine learning-driven enterprise search platforms like Resolute AI (https://www.resolute.ai/nebula-enterprise-search) make archival research, market intelligence, experiments, and lab notes accessible immediately.

Laboratory techniques and analytical instruments are used in the systematic research of complex subjects like Physics.

Technology is used to incorporate these techniques and instruments into various industrial processes directly or through other intermediate disciplines. This way, science is distributed for the betterment of the general people by using technology.

One excellent example of this practice is the development of superconducting magnets. They were originally produced for cloud chamber observation, an experiment of particle physics.

Later, they were industrialized for medical purposes leading to the mass production of MRI machines. Industrial cryogens, ion implantation, scanning electron microscope, etc., are some fantastic outcomes of this collaboration of science, technology, and industry.

With The Scientific Method and Technology in Developing Human Skills

Students who have a handful of experience performing applied research tend to develop new human skills and abilities useful for creating new technologies. This is another implication that scientific branches have at least equal importance in the field of technology.

The techniques needed for collecting data and successful scientific researches are very advantageous in technological development.

This is the reason behind the development of new human skills among research students. A study was conducted on 650 industrial research executives from 130 industries to find the relevance of scientific practices to technology.

Their skill base and research results judged participants. The researchers found out that the skill base was strikingly higher than their research results. Physics was rated high by 44 industries. The study clearly shows how scientific methods improve a skillful generation and head to technological development. 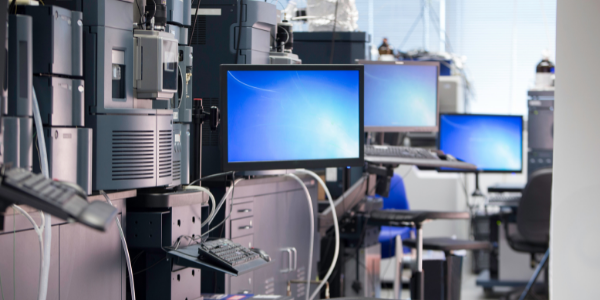 How Does Technology Contribute to Science?

Since the 19th century, the unprecedented development in the field of technology has stunned us all. At present, many technological branches like mechanical technology have expanded independently and don’t really require deep knowledge of science.

Instead, technology has a converse impact and helps answer scientific questions in a more efficient and timely manner. Here are some contributions of technology to science.

Allows The Pursuit Of Scientific Knowledge

As science and technology are highly interdependent, technology has been proved to be a potential source of scientific knowledge. The complications in an industrial process are usually picked to be solved by technology. These problems can later turn out to be a creative source of novel scientific questions.

In 1965, a group from Bell Laboratories discovered something exceptional while conducting a technology-motivated experiment. They discovered microwave background radiation, which assisted in establishing the big bang theory.

Tunneling in semiconductors is another example of a technology-motivated scientific invention.

Is Used In Research Instrumentation And Measurement Techniques

Cosmological observations were limited before as the atmosphere suffered from a lack of transparency to X-rays, Gamma rays, and ultraviolet rays.

This eventually led to revolutionary change in astrophysics and cosmology. Technology has also been a rich source of otherwise unavailable instrumentation and paved the way for data collection and mass production.

As A Part Of The Development Of Social Science

By using the basics of science, technology has taken social platforms to a whole new level. The world has become such a small place that we can communicate with anyone anytime using technological devices. As we connect with more people, our thoughts, memories, and dreams are more exposed to the world.

Social Science is the study of the non-physical characteristics of humans. The development of communication technology has made it thousand times easier to collect and evaluate the source material of social science.

Psychology and Anthropology are two branches of social science that have been mostly benefitted from communication technology.

How are science and technology related to each other? Hopefully, now you have learned!

Hey there! Welcome to my blog Thor IT, I’m Amanda Stirling a business consultant who has decided to start a blog dedicating to helping all you out there to get better at business. I’m hoping this blog will be my new Sunday hobby to continuously work on, but it also feels like I’m doing some good with the experience that I have gathered over the years in terms of business and management.

Starting from scratch can be very difficult. There are so many different aspects to think about from adequate finances to hiring employees, and although this is a daunting experience I am hoping that my blog can provide some needed perspective and calmness for your new business start-up.

Want to know some business secrets?

There are little tricks of the trade that you wouldn’t necessarily know unless you had been in the industry for a very long time. Well, that time is gone, with my blog I will be able to provide you with all the ins and outs of what makes a business great and how you can become successful within your career. It’s worth a read, right?